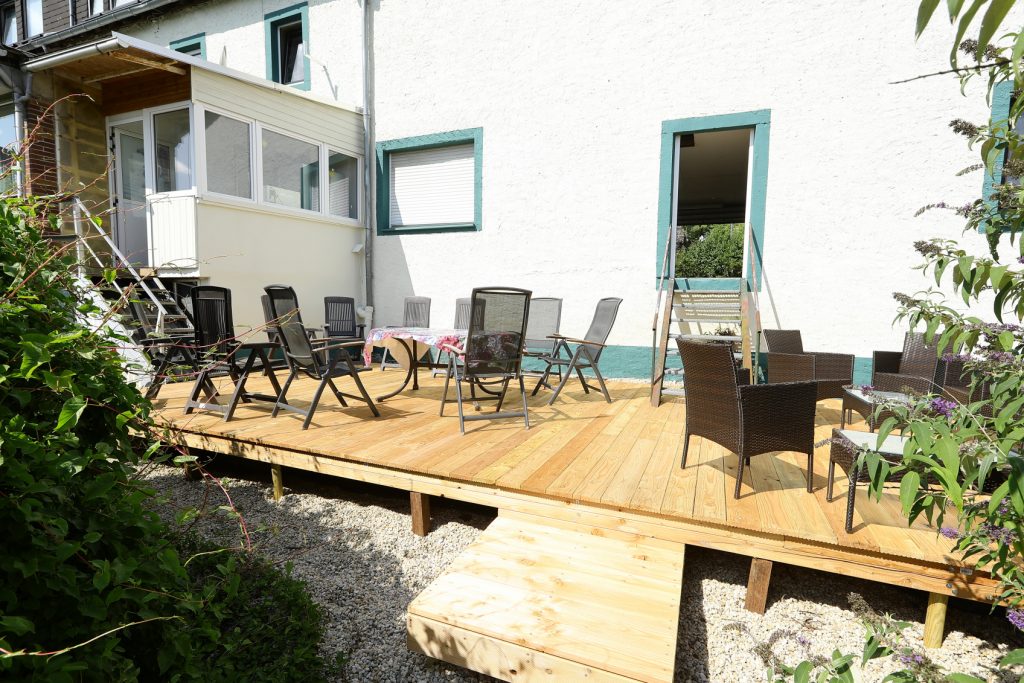 Bettenfeld is a town in the German state of Rhineland-Palatinate, and is part of the Landkreis Bernkastel-Wittlich. Bettenfeld has 670 inhabitants. Quite on a plateau lies the place in a unique volcanic landscape. Geologically interesting is the Mosenberg (519 m), the last active Eifel volcano, with the Windsborn Crater Lake and the Hopscotch. - Wooded area, fishing and barbecue facilities.

The volcanoes of the Mosenberg sent their lava to the surrounding valleys. In neighbouring Horngraben you can still see a former lava flow. The special features of the Mosenberg are the Windsborn Crater, the only mountain crater lake north of the Alps, which last operated as an Eifel volcano about 10,000 years ago, and the Hinkelsmaar, a dry but with rare flora and fauna.

However, there is still an old-fashioned farmer in the Holzbeulstraße. Despite all the adversity, Rudolf Müller has only nine dairy cows - and he's getting through. The street has undergone a transformation in recent decades, has become much more international - also culinary. The old village pub has been family-owned for many generations and is still run by the Weiler family, but now the pizza night on Wednesday is the racer. This is where everyone gathers: from those who have always lived in Bettenfeld to those who have moved in or are alone in holzbeulstraße for a week of seminars.

Included in the price

Get 10 percent discount for one or more weeks reservations.